What to Expect at Barrett-Jackson’s Palm Beach Auction

If you’re like me, you can’t just hop on the next airplane and fly to Palm Beach for this weekend’s Barrett-Jackson auction. But you can log on, watch the excitement, and bid from your couch via Proxibid. With more than 600 vehicles selling at No Reserve in this auction, you won’t want to miss it! Plus, our friends at Barrett-Jackson tell us the auction has sold out—so really Proxibid is the ONLY way to bid if you haven’t already purchased your ticket for this event.

What to expect at the auction? With three days and more than 600 vehicles up for bid, it can be tough to know what to pay attention to. A few highlights I think you should know about….

Three vehicles will be auctioned off for charity at this year’s Palm Beach Auction, with funds benefitting the Wounded Warrior Project, Jeff Gordon’s Children’s Foundation, and Reach Out Worldwide. One hundred percent of the hammer price from the auction of each charity car sold during the Palm Beach Auction will be donated to these organizations. Over the last 48 years, Barrett-Jackson has helped raise nearly $115million for charities across the country, and this auction is no exception.

The Palm Beach Auction features a fantastic selection of hard-to-find, low mileage American muscle cars from the 1990s and 2000s. My favorite is Lot 674.1, number 73 of only 107 1993 Ford Mustang Cobra Rs produced.

Check out the auction and be sure to register to bid. This is one event you won’t want to miss

Omaha, NE — September 17, 2019 — Proxibid, the most trusted way to connect buyers and sellers of highly valued items, is proud to serve as the exclusive provider of online bidding for Barrett-Jackson’s 12th Annual Las Vegas Auction. Barrett-Jackson, the World’s Greatest Collector Car Auctions, will bring its annual Las Vegas Auction to the Mandalay Bay Resort and Casino…

We’re ready for your bids at Barrett Jackson Scottsdale 2019!

We are kicking it into high gear with Barrett-Jackson in Scottsdale. Over 1000 vehicles will be crossing the auction block this week so don’t be late. 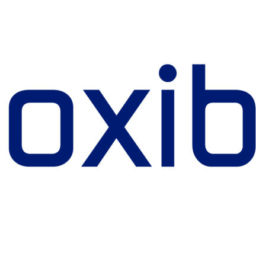